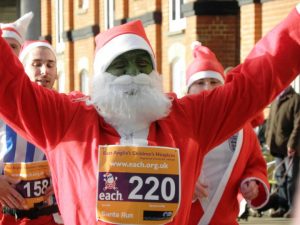 Since the dawn of my life I have always enjoyed sport, well swimming in my early years and later in life running. 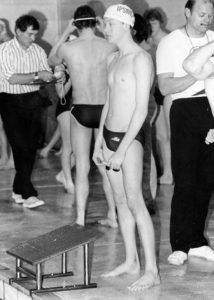 From the late seventies to mid eighties, I swam for Ipswich swimming club.  During this time l lived and breathed swimming I even joined Deben swimming club to do extra training leaving one Pool and diving in to the next.  For a youngster it  required much discipline as training was early in the morning and late into the evening 5 to 6 days a week.  During those periods I was able to compete in competitions in Suffolk and national events in Coventry, Leeds and Jersey.  It was in jersey where I first watched star wars on television.

My first insight into running was the traditional school cross country run.  I recall taking part in a Landseer Road cross country run around the park, I remember it was a bit muddy and like a rugby scrum at the start of the run.

Unfortunately, after leaving school sports took a backseat.  The world of college and work beckoned I could no longer make the early morning training sessions at the pool.

Fast forwarding through the years with the odd run to Woodbridge and a swim on holiday, I went to support a friend running the Woodbridge 10 K.  I remember thinking “I would give this a go”, I thought it looked easy, not realising there were so many hills in this event.

So, I decided to get my trainers on, an old T shirt and swimming shorts, god I must have looked a sight!  On this occasion I ran from my house to the bottom of Dobbs lane and back, about 2 miles.  I felt good after this and enjoyed the local surroundings as I went.  I continued running each week, unsure of the distance I was running I used map my run, as proof of my running I started taking a few pictures.

I just want to say my running started just after I got married in 2009 “Run from Your Wife” was the first running group online I joined. I didn’t realise that it was actually Run for your Life until I got the T shirt. I did wonder why Suzanne was always still at home when returned!

June 2010 I decided to do my first running event.  A very kind friend recommended a nice flat course for my first event.  This was the Brantham Friday 5.  What my kind friend forgot to tell me was that there was a killer hill in the race.  Boy the this made me feel sick, but I think this may have been a sympathy vote for my wife who at this point was seven weeks pregnant.  As you can imagine running had to take a little sidestepped for the next few months.

A week before my daughter was born the places the Woodbridge 10K were released, having decided a few years earlier that this was an easy course I entered, and of course I found out that there was plenty of hills and completed the course in just under an hour. Suzanne also found out that Woodbridge was not the easiest of places to walk around with a 10 week old baby in a pram!

I continued entering various events, enjoying the Friday five series.  My next milestone was the Ipswich half marathon in 2015, this is still the toughest course I have run.

My biggest medal to date has got to be the First Contact run, which was run on April 5 which of course is first contact day for those of you who are not trekkies!

My wife was getting fed up of me talking about the various running groups on social media, who did not always give their safe, appropriate advice, so in 2016 she brought me my first membership for Felixstowe Road Runners as a birthday present. 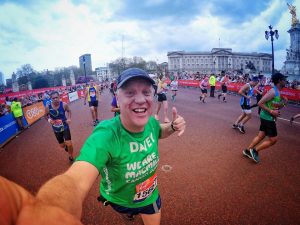 In 2016 I applied to the London marathon 2017 and to my surprise I had a place offered, but I really want the T-shirt!.  Unfortunately I had to defer this place until 2018, due to my first running injury sustained after a little dance with a bollard in the carpark!  After Physio from the NHS and taking it easy not pushing myself too hard I returned to full fitness and started my marathon training.  My wife became a running widow at the weekends; I think she may have killed me several times, because it can take me up to two hours to psyche myself up to go out for a run, but i do thank her for letting me go out and train.  I couldn’t believe that most training was done in some the coldest weather we have had and on the day of the London marathon, it was the hottest in history.  The atmosphere of running the marathon was electric and an experience I will not forget.  I decided a few weeks before the marathon there I would will run in memory of close family members who had been supported by Macmillan.  To date I have raised just over £1000 for this worthwhile cause. 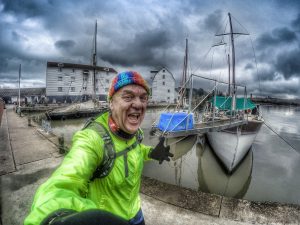 I enjoyed the training runs and taking in the local scenery and of course taking a few snaps along the way still proof that I am running. My strava times would most probably be quicker if I stopped taking pictures, I will keep the pictures coming and hope that they inspire other to take up running and get active. From my first few runs and lost toenails, my one word of advise would be to invest in proper running trainers!

Don’t tell the wife the application for next years London Marathon has gone in, and I aim to add cycling to my repertoire, so I can take part in a triathlon

I would like to thank All at FRR for their support.

Nomination for next month…