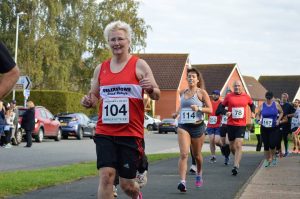 I have to warn you, that I am not very good at this writing lark (not like my namesake). So this will be short and sweet (hurrah).

Where it All Began

I have had a sporadic relationship with running. Not being a very athletic child – I was the one who skived off PE to smoke behind the bike sheds and have never participated in any other sports………. So it wasn’t until the late 90’s and I was in my early 30’s when I decided to give up smoking and get fit!!! At the local gym, I found I spent more time on the trendmill (can’t do that now).

So, along with a friend we took the plunge and ran outside! This progressed to entering races where we took it in turns to come last!!

Through injury and loss of mojo I gave up for a while…. Fast forward to 2012 when with the fever of the Olympics, I decided to run the Ipswich Half and shockingly rather enjoyed it. 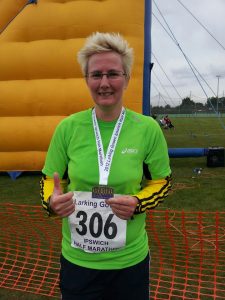 Running – I was back! Fast forward to September and something called parkrun started practically next to my house, so it would be rude not too…. So I started to enter more races – seeing all the local running clubs at the running events. I took the plunge and became a Road Runner in 2015. 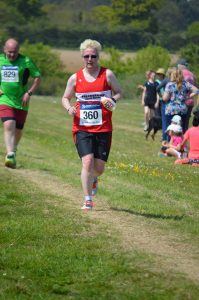 After my radiotherapy treatment, I decided to do a marathon, after so many London rejects (I think I beat Slow Paul in the numbers of letters from Mr Branson). I decided to sign up for Brighton Marathon but injury got the better of me and I did the 10k instead. 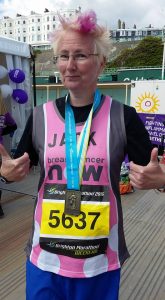 As some of you know! I like entering races. I have done many runs at all distances, I did my first Ultra last year and am slowly notching up my marathons – I eventually completely Brighton in 2016 and 2017.

I have branched out and become more adventurous doing trails (I can get lost in a pub car park). 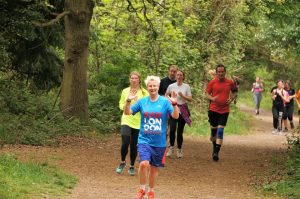 I enjoyed the Daffodil Dawdle early this year, beautiful location and mainly due to the delicious Cheese Crumpets – Hayley. Knowing, my map reading skills, which are non existent by the way, I am shocked that we had an enjoyable run and found our way. 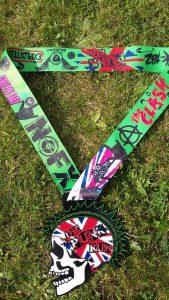 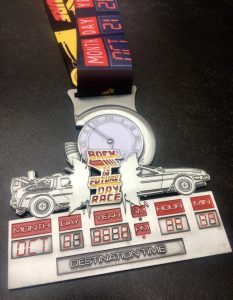 I am not ashamed to admit that I love my bling…… the bigger the medal the better. Currently winning in the medals is the punk run medal created by the SVN running club, and not to mention the best goodie bags for a chocolate lover. Another medal favourite was Milton Keynes marathon due to the cow bling.

And…. This month, my dream became a reality when I ran the hottest London Marathon ever for the charity Marine Connection, not originally as planned as I ditched the pirate outfit due to the heat. I will still keep entering via the ballot (damn you Mr Branson). 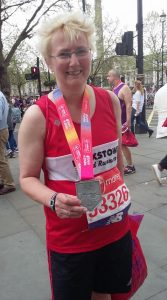 Plans for the future

I would like to try and find some new races to do including the Hong Kong Phooey, Punk Run and the SVP 50 (without getting lost)!!. Along with the tin pot classics of the Friday Fives and hopefully some more marathons to add to my collection. My long time goal would be to belong to the 100 Marathon Club. 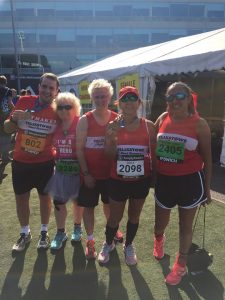