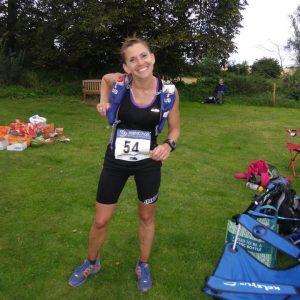 When I was 13 I ran cross country for school and managed to make it to Kings Lynn to represent Suffolk in county championships. I think somewhat overwhelmed by the whole experience I was spat out the back of the pack and so the end of my brief Cross Country career over. Instead I joined most of the other girls in the next couple of years discovering boys and clubbing.

Then in 2005 I gave birth to my son Charlie and he was a quite demanding baby and so I needed some outlet to get 5 minutes peace and quiet and so I took to running. I had no gear, no idea, lacing up some old trainers, doubling up on normal bra’s and chucking on an old T-Shirt I went out to do a small lap of the block…it worked, it gave me the time-out and enjoyment I needed and over the next week or so it crept up to a mile

In 2007 I saw a poster in Brackenbury for the Felixstowe Half Marathon. I have lived in the town all my life but had never before heard of this annual event so I signed up but didn’t give much thought to any training other than the miles I was already doing as I was already doing 5-6 miles each outing. It was my first road race…. And my first DNF! But it was also the best thing to happen to my running.

I was determined to succeed and so I looked into the club hosting the race and took the plunge to turn up for my first Tuesday night session. I met such lovely people such as Richard Bennett and Adrian Hine… in fact the club was just so welcoming but in particular Christina Howland took me under her wing and invited me to start running with her and Lucy Sheehan in the mornings. Thanks to these training runs and the invaluable advice and help form all at FRR I completed the Half Marathon the next year and this propelled me onto what is coming up for my 10th year with the club and to have had success and enjoyment from a massive range of different events and disciplines burning through countless miles and equally as many pairs of trainers

Those that know me will know my epic journey/battle with this iconic event….

I had stopped and walked in each one and at the time saw this a failure. This year I took a different approach and told myself that if I had to stop and walk it didn’t matter, do it at a water station so you can at least drink whilst sorting your head out. I knew I would have to say disciplined and not go off to quick (which is difficult when you have so much adrenaline pumping round!), but my aim was to get to Tower bridge feeling as comfortable as I could. The image of that corner and seeing Tower Bridge will stay with me forever, quite something…I felt good, thumbs up at Christina and the gang and now the marathon really began! Still going strong when I saw Andy and Pauline at mile 19 which I wasn’t expecting, this was a huge lift and before I knew it I was at 21 and looking forward to seeing Christina and the gang at 23…Finally after years of imagining seeing them with a smile on my face (a real smile) it happened and after a high 5 from Farny I was into ‘just a parkrun’ to go!!! I bloody hate parkrun but I knew I just had to hold it together….800m to go, just twice round the track, how hard can it be…. ha ha ha, it was torture and I felt like I was running through treacle but I’d almost done it and I crossed the finish line in 3:24……FINALLY!!!!!(and I didn’t walk once)

Never give up on that dream time 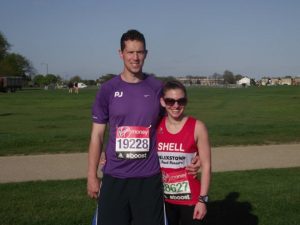 I’d never heard of this event and with just 12 hours’ notice I was going to be part of a team of 5 running for 24 hours!!
I didn’t know the guys that well, so I was nervous about letting them down and questioned if I was good enough to even do an endurance event like this. I packed up pretty much every item of running clothing I own, borrowed a head torch (id never used one before) and took a tent and sleeping bag (these didn’t get used!!).

So… Me, Shabba, Magic, Solly, a jet lagged Dazza, a director’s chair, 48 pot noodles, 50 packets of dry roasted peanuts, a box of Haribo, a Bakewell tray-bake, some olives, some milk, a turbo trainer, a bike and 3 tents, a gazebo and a table…of we set (in one car!!!)

This is a 24 hr event from noon till noon completing as many 10k loops as you can in that time period.

We set up and talked tactics…. go as fast as you can for 10k..rest…go again! Those of you that know the challenging off road course will understand that these tactics quickly changed!!! 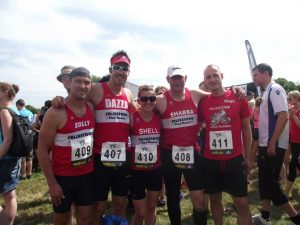 We started well and got into a rhythm, shouting “FFR” (sic) as we were coming into change over, so the next member of camp knew to start getting ready. As night drew in I knew I was going to have to run my first ever night run, I was terrified, but too scared to admit that… I thoroughly enjoyed the buzz of it and mega chuffed with myself for doing it…

It’s really hard not to let negative thoughts creep in when you’re hungry and tired, you ask why the hell you are doing this but the mood in camp was always good and having a laugh even when we were feeling rubbish!

This will always be one of my favourite events as this was the point I realised I was stronger than I ever thought I was, I mentally got myself through things I didn’t think I would, this event set me up for SVP100. I also met and got to know four really great guys that weekend… 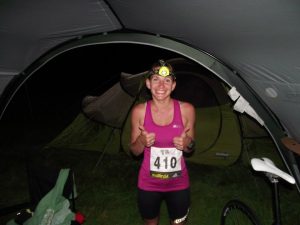 I don’t really know what made me make the impulsive decision to enter this challenging event. Hearing Dazza, Shabba and Rachel’s stories had made me want to do one day ….

So last October I signed up, I can swim but nowhere near that distance, I can run long distance but the real challenge was the bike. I’m not a confident rider and I knew it would take a lot of hard work to get this to click….

I went to a tri camp in France with Rachel which kick started the biking, from then I went on many solo rides, some good, some not so good! The miles were starting to creep and up I was slowly starting to enjoy biking! I had to trust my thunderun and swim run training would be enough to get me to the ironman start line….

Dazza, Shabba and Rachel gave me lots of good advice. Shabba serviced my bike and made sure it was ironman ready, even when I stacked 3 days before it was being picked up, he reassured me that we would get it sorted and he fixed a new gear lever for me….nothing was too much trouble.

The atmosphere in an Ironman village is awesome, also very intimidating, lots of carbon and middle age men in lycra and I was scared I wasn’t good enough.

A swim recce and bike ride soon calmed me down…

The day itself was perfect, warm but overcast. The swim was great until half way when I suffered motion sickness, but just did what was needed to finish, so I was pleased with 1:20..

The bike for me was amazing, smooth fast and flat!!!

Everything was going right and I was constantly eating and drinking, I was having my own buffet on a bike. It’s hard not to get carried away, I had to keep reminding myself I was biking to run! As I reached 110 miles I started to get excited, I’d done it, I’d bloody done it!!!

Quick change and a bottle of Yazoo later and I was into the run, legs felt surprisingly good so I decided to run as I would an ultra, each station I would eat and drink and cool down. Seeing Andy and Rachel on each lap was a massive boost I was pleased to see their faces and cheers of encouragement!

Stomach issues set in about 16 miles and had to just sort myself out, and keep moving…

Coming in on that last lap knowing you’re about to hit that red carpet is such a mix of emotions, relieved, happy, exhausted, excited…….

One of my favourite moments of the day was Rachel and Andy cheering me in, and Rachel shouting ‘you know what you are!!!!’

Then I heard those words…MICHELLE GORDON, YOU ARE AN IRONMAN 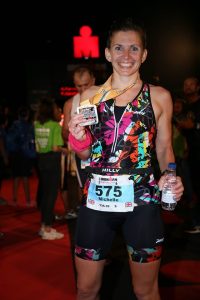 If you know me you’ll know I like to wing things! You can’t wing an event like this, it requires a lot of commitment, a lots of training…

The most expensive thing for me was my time. My husband Andy and my two children Macy 16 and Charlie 11 have been extremely supportive and have put up with a lot whilst I have trained for this, so my focus for 2017 is to give back some of that time and spend it with them.

Other great moments in my running time have been beating the Club Marathon Record at Manchester this year, getting chosen to run for Suffolk at the Essex 20 , Being first lady on my first SVP100 Ultra, Dunwich Dynamo, JJ’s Relay, Swimrun Snowdonia, Race the Sun …and many many more……

I have had so many amazing runs, so many more than I can fit in this profile and even the bad runs, the DNFs or the jelly leg, lung busting, sitting on the side of a river white faced and vomiting runs, even these I learn from and use to better the next one.

I think we all run for different reasons and we all have our own goals, I have trained my body, but more importantly my mind, to go from running a mile loop to Ironman… 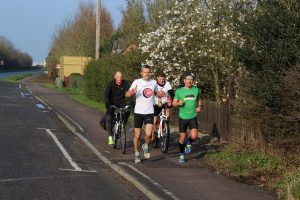 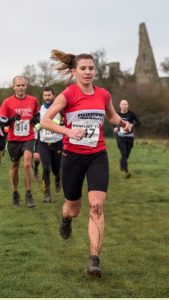 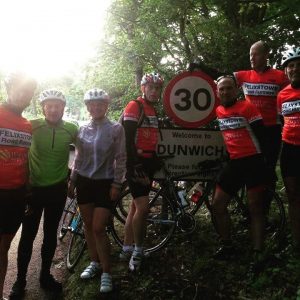 I don’t really have any. This year was manic! Just ticking over for now!