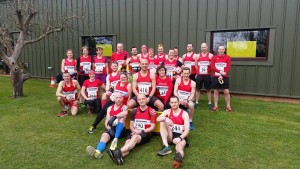 A healthy team of thirty-one FRR athletes took on the challenge of the excellent Stowmarket half marathon on Sunday 20th March. The race was notable due to a very strong run by winner Aaron Scott, setting a new course record of 1:09:17. Against competition like this it was very pleasing to see a Felixstowe athlete come in in fourth place with a new PB of 1:17:21. Many congratulations Danny Rock. In fact, as the core of the club’s spring marathon runners start to really find their form, there were several strong performances, including a battling 1:21:10 by the ever impressive and seemingly unburstable Jason Taylor, and a new course PB and MV45 title in 1:24:11 for the in-form Dave Solomon. These two men, added to the aforementioned Rock, delivered a well deserved male team prize for the Roadrunners. 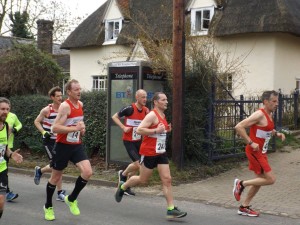 Club captain Robin Harper finally joined the 1:25 set after going close in the recent Gt. Bentley event, with a new PB of 1:25:47, and, after an excellent outing at the Tarpley 10, there was a very impressive 1:30:28 from the relatively inexperienced half marathon runner Steve Brooke. PB performances (known at the time of writing) were also evident for Simon “Magic” Merrick, Paul Osborne, the ever improving David Seymour, Will Schwer and Sally Solomon.
Sarah Proffitt also enjoyed a great race with a female V40 title the reward for her efforts.
In all, this was a terrific, and well supported local half marathon, with a very healthy FRR contingent in evidence. The performances on display from the club must surely deliver some real belief about the forthcoming challenges. 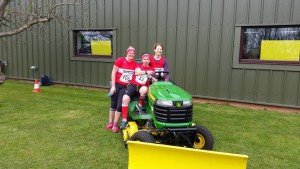