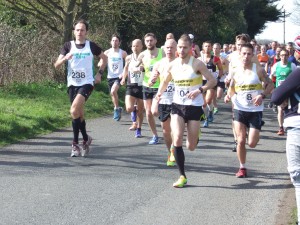 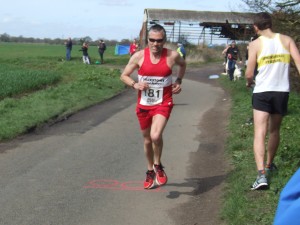 Conditions were close to ideal for this new race in the calendar, and with the course being touted as a fast one, the quality amongst the sell-out field was very high. Scott Cousins of Springfield Striders was the eventual victor in an excellent time of 31:40. In fact, the always-strong Chelmsford based club took the first four slots, sealing the team prize in some style! Other notable locals running strongly were husband and wife Gavin and Helen Davies, sandwiching impressive youngster Paul Wain, all finishing well sub-36 in Ipswich Jaffa colours. The ever reliable Adam Howlett of Framlingham Flyers also made it look easy with a low 36, this is just one week after a 2:50 Paris marathon. 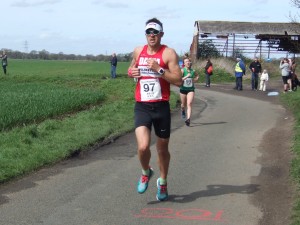 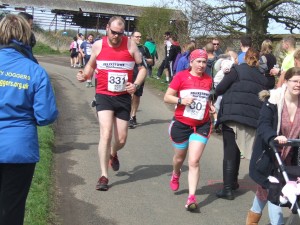 With the marathon season in full swing meaning many athletes were competing in Manchester (and Vienna!) Felixstowe Road Runners still had a pleasing twelve strong turnout. Club Captain Robin Harper brought the team home with a time of 38:49, only his second sub-39, with the always-one-to-watch Darren Cook close behind on an easy sub-40, and this was part of his final long run ahead of his assault on this year’s London Marathon! Adrian Goode is in a rich seam of form at the moment and proved it in some style with a 40:04, with the rapidly improving Ben Jacobs hot on his heels. Of particular note is the performance of the quietly determined Justin Ostler, a man that seems to be really enjoying his sport at the moment. He was rewarded with a five minute PB today, and has effectively marked himself as one to watch. The sub-60 at this distance is surely a formality now. 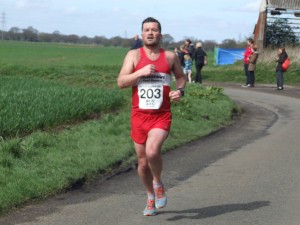 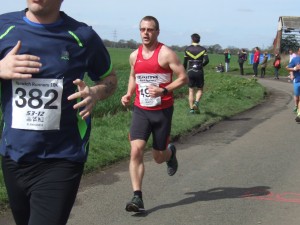 It was evident in the post-race socialising and chatting that nobody had a bad word to say about this exciting new event. It had a laid-back charm about it, a great setting, was well organised and offered a friendly welcome (and, it must be said, a bargain entry fee!) I’d have a wager with anyone that this will become one of those cult fixtures that sells out rapidly in future. 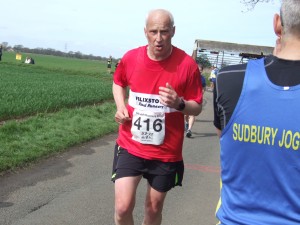 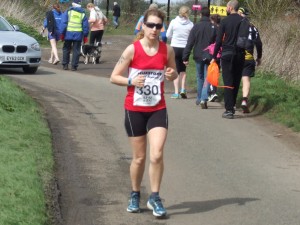