But back to my beginnings. I first tried running around the block early in 2013 (following Emily’s example), but was quickly discouraged by how difficult it was. I felt that part of what I was missing was a reason to run, so I asked my son, Loïc, to ride his bicycle and said I would follow him. We got into a routine of going out toward the nearby lake that was about 1½ miles away from home, stopping there for a drink and a cookie, and then heading back home. When we would come to a big hill, I would end up pushing him up it. After all, the kid was only just 6 years old. Then I got used to going for a 5k run on a Wednesday afternoon while he was at an after-school programme. My friend had a newspaper stand in the village just 1½ miles from his programme. 12-minute run there, chat for a half hour, then leg it back. I tried running with another friend, but the pace just wasn’t right. Visiting my brother in Chicago for his wedding at the end of May 2014, he took me out for a 5k. That was nearly the fastest I’d ever run (8-minute miles!). The heat bouncing off the pavement was horrendous, but running with my kid brother made it worth it. He’d always been the runner in the family, and I had cheered him on at all his XC meets.

Eventually, we moved to Le Mans, where I joined a kin-ball club. One night when we were out at the local pub, one of the guys, who was pretty athletic, mentioned that he wanted to sign up for this obstacle course, but you had to do it in teams of two. When no one else said anything for a few minutes, I offered to do it with him, but I was worried about holding him back. He suggested we train a bit together, and it turned out well. I even managed a 9.7-mile run on my own (at a 9:30 pace before I knew anything about pace). Eventually the day came when we ran our 13-kilometre obstacle course. Our right arms were tied together for the first couple hundred meters, and we went through the 25 or so obstacles twice. It was amazing. 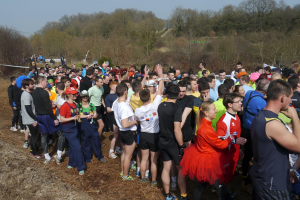 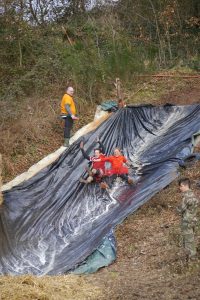 We moved to Felixstowe shortly thereafter and I went to my first FRR session on 21 July 2015, first parkrun on 1 August, and a whole host of other firsts shared with FRR ever since!

I am running the Bungay Marathon on 2 April where I intend to get GFA for London 2018 (03:45). Then there’s the Snowdon Trail Marathon I signed up for at the end of July, which looks amazing. I’m sure I’ll find a few other good trail races to sign up for. Oh, and I hope to place in the Grand Prix again this year!

The Herculéenne obstacle course I did back in 2015. It was so much fun. I just love running around not worrying about pace and simply having fun with it. That’s why I like XC so much!

The Woodbridge 10k. I feel like I really ran a good race. Plus I left David Seymour in the dust, which I can’t say often! 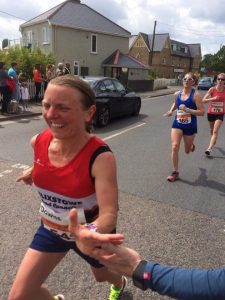 Thunder Run. A weekend of camping and running. I had a great team (Lucy Sheehan, Sarah Parker, Gail Mackie and Jo Whelan) and we really pulled it off with each of us running 5 x 10k over the 24-hour period. 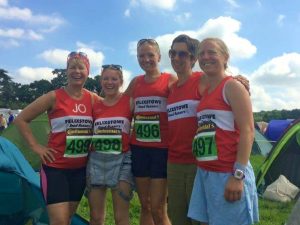 And how could I forget SVP 100. That was amazing. The most difficult thing I’ve ever done, and I couldn’t have done it without Adrian Goode and David Seymour. Thanks guys!! 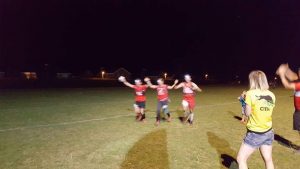 My absolute favourite would have to be joining FRR right after moving here last year. You guys have helped me settle into living in England and have been an amazing source of fun and joy!

Another amazing moment was running one lap of One Lap to Ultra with Captain Robin Harper and listening to how hard he has worked to get GFA for London.

I also feel that I have to mention winning the ladies’ team prize at the Hadleigh 10 this past November. We each got £10!! I guess that makes me a professional athlete ;)

I would love to hear from Shaun Good, whom I spent the better part of two hours chasing around Mersea Island back in 2016!