A word on drones

I got my first Unmanned Aircraft Vehicle (UAV) in the christmas of 2014. I didn’t get it as a present, I bought it for myself. It was a micro-drone, was a mere £11 in cost… and brilliant fun. The battery would only last about 8 mins, but you could whizz it about the house, colliding with lampshades, annoying the cat and generally cause micro-havok. But from here I was hooked. 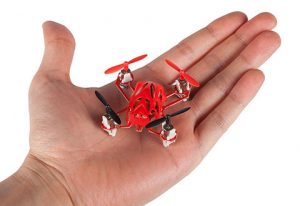 I upgraded to a drone with a small camera onboard, this time spending a whole £40 on the beast. This was not an indoor drone. It was much beefier, and made a lot more noise. The camera was very poor, and controlling it in anything more than a breath of air was quite difficult, and so I was soon eyeing up my next drone.

A friend at work had bought a DJI Phantom drone, and the footage and capability of this aircraft was stunning. I saved up some pennies, and splurged out on a DJI Phantom 3 Advance in the winter of 2015. This was a more significant investment of £700, but the footage was (as expected) stunning. I took it everywhere I went, and got some amazing footage in the Lake District this Spring. 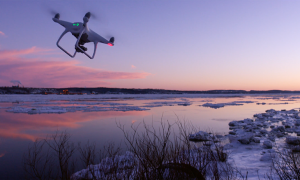 At the same time as purchasing my first DJI drone I became a member of the British Flying Flying Association. By joining the BMFA you then are afforded civil liability and personal accident insurance cover up to £25million per claim. You see, there are very strict regulations surrounding the flying of UAVs in the UK airspace. These regulations are called the Drone Code. It’s very simple to follow, but also equally easy to find yourself on the wrong side of the law. Simply put you must do the following things at all times:

So what’s this got to do with running?

I’ve flown my drone at a number of times at various running events now, but I’m now even more cautious about staying the right side of the Drone Code… and it’s not easy. However I have seen (generally while participating in races) UAVs been flown in a very dangerous and careless manner, with apparent total disregard for the CAA regulations. It’s these pilots that give the sport of drone flying a bad reputation, as it’s very easy to abuse the ability you have as a drone owner.

All FRR races and events now operate the following policy for UAV use:

Failure to follow these simple guidelines puts our club directly at risk, and we will therefore take any infraction of this policy very seriously.

If you have concerns about the use of drones at FRR events, then please contact, in confidence, our welfare officer (welfare@frr.org.uk)