How do I follow Dave Solomon? We are at 2 ends of the spectrum in running. We do have something in common that is we are both members of Felixstowe Running Club, which is able to cater to both our running styles and needs. It is a club for all abilities.

How I found Running

Prior to 2007 I hadn’t done anything sporty. It was at this time that I was at a real low and a difficult time in my life. I started running round the block where I lived. It had been the late Dr Richard Bennett that had suggested Felixstowe Road Runners, nervously I went to my session where Annabelle Bennett looked out for me, showed me the ropes and introduced me to others, including Marion Parker another new member at the time. From that 1st session I was hooked, I loved the fact you could turn up, run, meet new people, socialise or focus purely on the training session. Pretty soon those Road Runners became good friends in and out of Lycra. 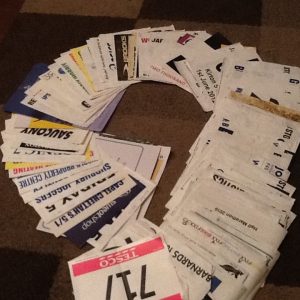 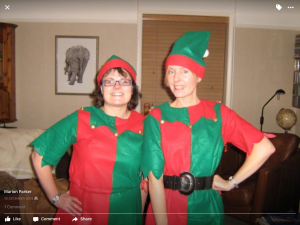 I am not a competitive runner; it’s always been about taking part and not giving up. I have done lots of races mainly to do to the fact I struggle to push myself to go for a solo run, so I use races as just another way to get out and run, I love the fact for a small fee, you turn up and there’s a route, marshals, great countryside all laid on. Since completing in races I discovered parts of Suffolk & beyond I didn’t know existed and meet some amazing people. I am afraid to admit I don’t push for PB’s but I can always find a little extra energy in the last 50 meters, not sure where from. I have felt the need to keep my race numbers not sure why? I have started 108 races and finished 108 races. 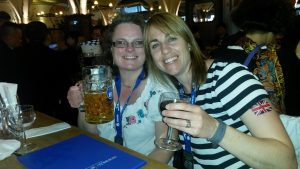 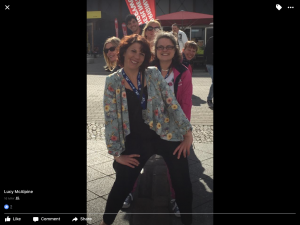 Maybe because it’s fresh in my memory but the races I enjoyed most have been the Ipswich Twilight 10k & the Berlin 25k.

The Twilight because it was so well organised and fun.

The Berlin 25k has been my only race abroad and I loved the race, it was flat and it took in all the sites of Berlin. It was also a great jolly, with fellow FRR’s; Marion, Christina, Amanda, Caroline & Lucy M.

Another good memory was in 2009, it was my 40th birthday and I ran the Felixstowe half marathon in 2hrs 5 minutes (I haven’t always been a snail runner). At the start of the race Farny announced it was birthday and from that moment until way after the finish every other Road Runner wished me a happy birthday. I was buzzing? I find that there is so much in the calendar year to plan and look forward to; from the cross countries, half marathons, Friday fives, Suffolk Trail runs and finally heading into the 10 mile races at the end of the year.

What for the future.

Will to continue of course. I run on average about 3 – 4 times each week and not just with Felixstowe Road Runners (whom I will always consider as home). I have joined Haverhill Running Club (2nd claim) as this is where I now live and I attend their Thursday club run nights, in the summer there is the Suffolk Trail Runs which are fabulous even though I normally get lost. There is a whisper that Berlin 25k gang might reform for the Wesel Half Marathon in May so fingers crossed as I would love that. Lastly I have to mention my running buddies Kate Hendy and Jenny Lynch whom are Felixstowe Road Runners but not Tuesday night attendees whom I have run with regularly over the last 9 years.

Reading this may not have inspired you to run faster but I hope it has shown that the Felixstowe Road Runners is more than just a running club as it has been so much more to me; for a while it kept me sane, it has kept me fit, given me self-confidence, some wonderful friends, experiences and memories. 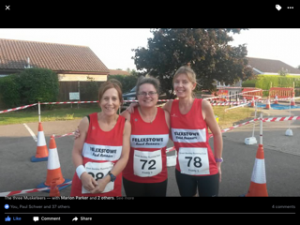 If you are a runner but you don’t compete in races then can I suggest the Friday Fives; 5 races on Fridays evenings throughout the summer. They are extremely friendly, a great start to any weekend and you will come away with excellent vibes.

My words of wisdom are ‘Is you never regret a run, only not going for one’.

Next month I nominate Erika Downs whom has sprung on the scene with her fast and funky running style.